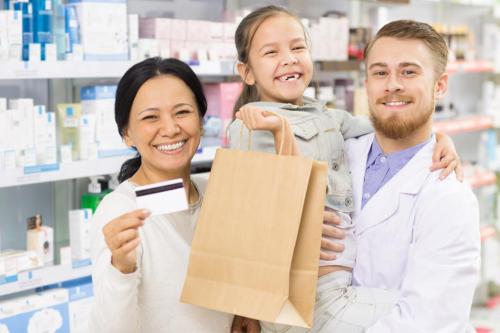 First Quote Health put together a list of the cheapest medical insurance options available to you in 2020. If you're looking to save money on your healthcare, we have a plan for you.

In 2019, health insurance prices officially reached an all time high, with the average American paying over $400 a month in premiums alone. It’s no wonder that more people are desperately seeking more affordable options, which is why we decided to put together a list of the 10 best cheap health insurance plans on the market today.

Keep in mind, you and your family may not qualify for every coverage option on the list. However, you will definitely find inexpensive medical coverage that fits your needs, and more importantly, saves you money.

For those who qualify, Medicaid is by far the cheapest health insurance option. Funded by both the state and federal governments, Medicaid is offered with little to no monthly premiums. Meaning, staying covered may be completely free.

However, there are other costs to consider. Depending on which state you live in, along with your income level, you may be responsible for cost sharing out of pocket costs. Although, those costs are usually pretty nominal or don’t exist at all.

Medicaid is also available all year, which means that you don’t have to wait until the open enrollment period to get covered. Between its year round eligibility and $0 price tag, Medicaid easily tops the list as the best cheap health insurance plan for 2020.

Supplemental coverage is not real medical insurance. In essence, you are giving up most of your benefits, and in return, you get a low monthly premium. Supplemental coverage only pays out a lump sum of cash for a qualifying medical expense, so you can forget about benefits like preventive care. It’s not recommended to have supplemental insurance as your only source of coverage, but if it’s your last resort, some coverage is better than none.

Short-term plans are back thanks to the executive order signed by President Trump late last year known simply as Obamacare Relief. Short-term medical insurance plans offer little in terms of coverage, but their low cost makes them a great choice for the young and healthy. You probably won’t get your pre-existing conditions covered or preventive services paid for, but if you come down with any serious injury or illness, short-term plans will be there to save the day.

Short-term plans aren’t offered through the marketplace, so you won’t be eligible for subsidies, but should still be cheaper than it’s counterparts. Plus, you can enroll in short-term medical plans at any time, so if you’re looking to get covered today, get started here with FirstQuote Health.

If you’re a student in college, your school’s medical insurance plan will be your cheapest option. Student insurance plans are usually subsidized or discounted. Even though these plans are cheap, schools work closely with health insurance companies to provide comprehensive coverage, so you still have access to major medical benefits. Obviously, these plans are only available to students, so if you’re not in school, or your school doesn’t offer affordable healthcare plans, you should try finding something else.

Generally speaking, you need to be under 30 years old to qualify for catastrophic health coverage. For those who are eligible, catastrophic plans offer low premiums with high deductibles. You can enroll in catastrophic coverage through the marketplace, which is good and bad.

The marketplace has some of the cheapest medical insurance plans available, especially if you qualify for a federal subsidy. Subsidies are available to anyone who decides to enroll in marketplace plans during the Open Enrollment Period, or Special Enrollment Period. The catch is that your income has to fall between 100% and 400% of the federal poverty level.

Yes, private medical insurance plans can actually save you money. The private sector is alive and well and packed with competition. Although you won’t be eligible for subsidies, private plans sold outside the marketplace may already be cheaper than plans you find in the marketplace.

If you haven’t explored the private health insurance market, you’re doing yourself a disservice. FirstQuote Health lets you compare medical insurance quotes in your area in under 5 minutes. See what you can be saving today by simply entering your zip code.

If you work for a company that offers free benefits, that should be your first option. Employer sponsored coverage, also known as group health coverage, is usually discounted by health insurance companies who are competing for business. On top of the discounted rates, employers usually split the cost with their employees, which makes group coverage one of the cheapest medical insurance options available.

Medishare plans are religiously based plans and are sometimes referred to as Christian Healthcare Ministries. The plans work in a similar fashion to medical insurance, but the catch is they rely on community members to pay the bills for others in need, and plans are not backed by the government.

These plans are significantly cheaper than most medical insurance plans, but there are some stipulations. The first being that they don’t cover preventive services and the second is they don’t cover medical services that are considered unbiblical. For example, your birth control and abortion would not be covered if you are enrolled in a Medishare plan.

If you are looking to save money on health insurance, and have strong Christian values, it would be worth getting a Medishare quote.

Bronze plans still cover all the minimum essential benefits and protect you from expensive medical bills. However, they do come with high deductibles, just like catastrophic plans. If you don’t have a history of medical problems or any pre-existing conditions, a Bronze plan may be right for you.

There you have it, the 10 cheapest medical insurance plans for 2019. Feel free to explore any of these options through FirstQuote Health, or even speak to one of our live agents.