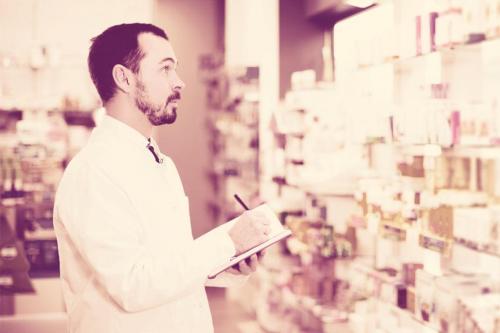 Cigna To Acquire Express Scripts For $52 Billion In Landmark Deal

Cigna, the health insurance giant based out of Bloomfield, Connecticut, just announced that they have reached a new deal to acquire the "largest independent manager of pharmacy benefits", Express Scripts. The deal isn't a cheap one either, Cigna is reportedly shelling out $52 billion for the acquisition.

The healthcare industry was shaken up earlier this year when Amazon announced it would be partnering with Berkshire Hathaway and JP Morgan Chase to create a health insurance plan for employees. The partnership between the three companies and the Trump Administration's war on Obamacare has created a stir in the healthcare world, including stock prices falling and uncertainty with what the future holds.

The merge between Cigna and Express Scripts is a move to consolidate costs and stability for the two health companies by expanding the portfolio of services offered, which comes at a time of shareholder uncertainty. According to the official news release, David Cordani, the President and CEO of Cigna states:

Cigna's acquisition of Express Scripts brings together two complementary customer-centric services companies, well-positioned to drive greater quality and affordability for customers. This combination accelerates Cigna's enterprise mission of improving the health, well-being, and sense of security of those we serve, and in turn, expanding the breadth of services for our customers, partners, clients, health plans, and communities."

By acquiring the Express Scripts, the major player in pharmacy benefit plans, Cigna is solidifying its foothold in the healthcare industry, and looking towards the future. However, shareholders have mixed feelings, as stock prices for CIGNA Corporation dropped about 11% since the news broke.

A Look At The Strategic Benefits

The official press release of the Cigna and Express Scripts merger outlined some compelling benefits. Here's a look at what you can expect from the merger.

With all the questions surrounding the healthcare industry, we've seen many recent moves that suggest major changes may be coming. For example, in December of last year, CVS reached a deal to buy Aetna for $69 billion, along with OptumRx.

It's becoming clear that the healthcare landscape in the US is changing, and major health insurance companies are doing their best to adapt. Each strategic move, including the Cigna acquisition of Express Scripts, is an attempt to combat the rising costs of drugs and medical services. It would not be surprising to see more major health news making headlines in the coming months.