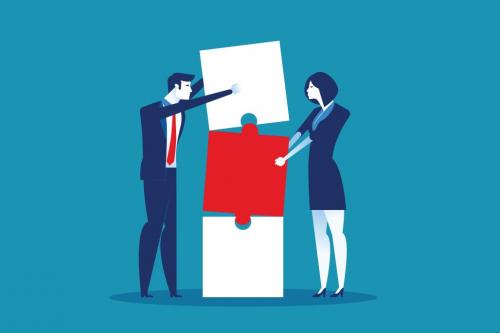 Former Vice President, Joe Biden, has thrown his hat into the 2020 race, and is clinging on to the piece of legislation he and President Obama helped pass. Biden’s healthcare plan is to fix, and build on Obamacare.

Joe Biden, one of the 2020 presidential candidates, was the one that helped President Obama pass the Affordable Care Act. Biden now plans to revamp the ACA for his own campaign to help improve the citizens of America’s lives more than ever. Joe Biden is here to increase the quality of everyone’s life by making healthcare more affordable to those of low and medium income, and those with pre-existing conditions.

Joe Biden’s new take on it has four different aspects, one to make healthcare more available to more people. The second, to make it more affordable. The third, combat drug companies. Lastly, to ensure that healthcare is really for all American people.

Who is Joe Biden?

Joe Biden is a career politician who is also currently married with three children. The 2020 presidential candidate was born in Scranton, Pennsylvania, from a family of four other siblings, and went on to become a law student graduate. After which, Biden goes on to try and become a public defender.

He eventually gets elected as the youngest member in the senate at the age of twenty-nine. Joe Biden stayed in the senate until he was nominated and became Vice President to the now es-President Barack Obama for both of President Obama’s terms.

Plan to Protect and Build on ObamaCare

Joe Biden plans to build on Obamacare by helping all Americans get insured by giving them a choice, lower rates of insurance, combatting drug manufacturers to lower their prices, and give back what has been taken or tried to be taken in terms of funding for planned parenthood, giving women the right to choose about abortions, and decreasing the childbirth death rate.

Joe Biden’s healthcare plan, strives to improve what Obama and Trump could not, which was to really help the lives of the American people. His plan is basically four-fold but has a lot of layers to it inside of that which we will go over next.

Joe Biden’s healthcare plan has many different facets, including giving Americans a choice. This means that Biden hopes to bring more value in tax credits, so families don’t spend more than eight and a half percent of their income on insurance.

Another one of Biden’s healthcare details is that he will try to eliminate surprise billing so as to decrease unneeded spending by families in need. He will also limit prices in general for drug companies especially on all launches, brand, biotech, and typical prescription drugs that normally have outrageously high prices.

Lastly, one of the facets of Biden’s healthcare plan is to put funding back into Planned Parenthood and making sure that states can’t take it away, at which is currently happening right now which is why Joe hopes to secure his funding for them into a law that they can’t get out of.

How Much Will It Cost

Joe Biden is hoping to pay for his healthcare plan by getting rid of the 20% tax on those who make more than a million dollars in terms of capital gains, and make it to a max of 39.6%. As well as taking away the Trump tax cuts for those that are considered extremely wealthy and bring the top percenters at 39.6%. That just means that he won’t be adding any taxes to the middle or poverty class, but to the upper class and the extremely wealthy class.

Joe Biden’s healthcare plan will not be taking money from the poor but from those that need it the least, the rich.

Biden healthcare details includes increasing coverage for low income citizens because of the current fourteen out of fifty states blocking their ability to be eligible for it currently. Other Biden healthcare details entail letting citizens purchase drugs from other countries that the USDA has deemed as safe. As well as getting rid of tax breaks for drug companies so as to decrease their spending on ads that could have negative outcomes.

Lastly, Biden healthcare details the hope to get rid of any discrimination in the healthcare industry in terms of gender, gender identity, and/or sexual orientation. 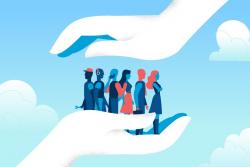