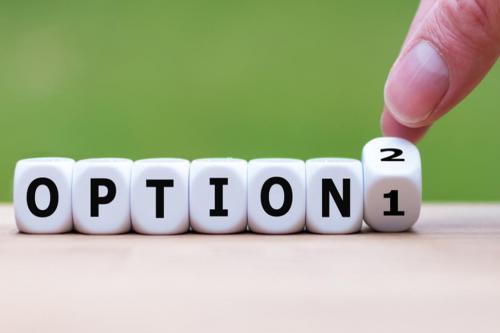 Peter Buttigieg’s Healthcare Plan - Medicare For All Who Want It

Presidential candidate and hopeful, Mayor Buttigieg, wants to reform our current healthcare system. Learn how his healthcare plan provides Medicare for all who want it.

The debate in America over healthcare is raging. Politicians have switched from gun rights and abortions to healthcare as hot-button issues facing the nation. In the lead up to the DNC, contenders such as Pete Buttergieg, are hot on the tail of healthcare reform and proposes a plan called Medicare for all who want it.

Who Is Pete Buttigieg?

Peter Paul Montgomery Buttigieg (born 1982), Is a contender for the nomination for President of the United States of America for the Democratic National Congress, also known as the DNC. Buttergieg is the current mayor of South Bend Indiana and is a former member of the United States Navy, and the Navy Reserve, and fought in Afghanistan.

Pete has a degree in both history and literature, and also served on the committee for Harvard Institute of Politics. Mayor Buttigieg worked as an investigative intern for an NBC News affiliate out of Chicago as well.

He has been involved in politics for most of his career in one capacity or another, and has even worked on John Kerry’s 2004 presidential race offering his services as a policy and research specialist. Pete is openly gay, Christian, and proud supporter of LGBTQ rights.

Medicare For All Who Want It

Medicare in the current climate is synonymous with those who are of a certain age bracket, medically needy, or disabled. However, Medicare is not a system that is popular in the United States because of the restrictions, lack of doctors, and other healthcare professionals who are willing to take Medicare as insurance.

With Medicare if you choose to take that insurance as a provider you are paid a fraction of what you bill. Sometimes it equates to about 10% from the government and 20% from the individual patient.

Buttergieg has introduced a system known as Medicare for all who want it, based on public option health insurance that other states who have not fallen in line with the ACA. He offers examples like Maryland’s healthcare system as examples of how his plan could work.

Pete sees his healthcare plan as more efficient than what we have right now in terms of health insurance, especially Medicare and offers ideas to reform the current system into something better for the people of the country.

The goal of the plan is to create an affordable public healthcare option for those who want it. If you want to stay with your current insurance, then you can. Under Mayor Buttigieg’s healthcare plan, billing would be more centralized, so one didn’t have 4 bills from multiple doctors, and there would be no more in or out-of-networks to worry about.

It should not be your fault if you are having a heart attack and no choice over who is working on you, and what insurance they accept. Furthermore, Pete plans to lower drug costs and cap service charges to stop the healthcare system making us into cash cows. DNC candidate Pete’s health plan is the best way forward for America.

How Much It Will Cost

The plan itself will cost $1.5 trillion over a 10-year period, and the money will come from abolishing corporate tax cuts to generate the revenue needed to support the program. Pete is not going to get the country into more debt to pay for a basic necessity in life.

Pete Buttigieg is willing to work for America to promote a positive change through healthcare. With access to better healthcare, Americans can thrive and survive; instead of suffering and dying due to the lack of adequate and affordable healthcare that has plagued the nation since the introduction of Obamacare, and long before that too