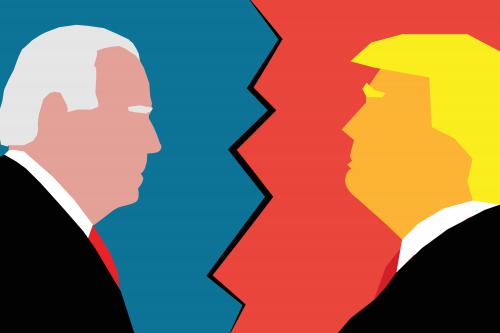 With the 2020 elections fast approaching, are you informed on candidates’ stances? Learn about the Joe Biden health care policy and Trump healthcare plan.

The 2020 election is fast approaching and candidates’ stances on healthcare are more important than ever. To vote in your own interests, it’s essential that you’re well informed of politicians’ platforms and past actions on the healthcare front. Does Joe Biden support Medicare for All? Was there a Trump executive order on healthcare? Here are the claims, history and facts of each candidate on this issue.

The term Medicare for All was used by many Democratic candidates in the primaries, but what exactly does it mean? Medicare is a healthcare program offered by the federal government. It’s currently only available to people age 65 and over. The idea behind Medicare for All is to expand Medicare into a universal program that covers everyone in the U.S.

Unlike many of his Democrat peers, Biden doesn’t support Medicare for All or a single-payer system. In fact, he’s suggested that should such legislation cross his desk, he would veto it.

Reasoning Behind the Stance

Biden’s main issue with Medicare for All is the initial price tag, which has been estimated at $35 trillion. Such an investment would likely require new taxes, which Biden is concerned would unfairly burden the middle class.

Joe Biden’s healthcare policy focuses on strengthening, expanding and fixing the Affordable Care Act. The idea is that by addressing issues within the existing system, Americans can obtain the care they need without creating a tax burden or putting the system under government control. The Joe Biden healthcare plan, if implemented, would make five major changes to how Americans access care.

With multiple insurers and providers, the U.S. system is complex. Not only does this make consumer navigation difficult, but it leads to redundancies and unnecessary costs. Biden plans to simply the system by pursuing the following:

Many low-income Americans fall between the cracks when it comes to insurance. Biden’s plan expands coverage while ensuring it stays affordable by putting a cap on premiums: Insurance companies can only charge 8.5% of consumers’ income. Joe Biden’s healthcare for immigrants also covers undocumented people, though they wouldn’t be eligible for tax credits or other subsidies.

Biden’s main tactic to expand coverage is by introducing a public option to government-sponsored healthcare. This allows everyone access to a Medicare-like program, not just a small group of individuals who qualify based on age, disability or income. This would also cover people who haven’t been able to access government-sponsored healthcare since they live in states that haven’t implemented the Medicaid expansion.

Drug prices have gone up exponentially in recent years, putting a financial burden on those who need medication. The Joe Biden healthcare approach would curb drug prices via the following:

Biden puts an emphasis on all people being able to access reproductive healthcare. This includes no-cost contraceptives and preventative care, as well as services for pregnant people. In fact, the Joe Biden healthcare platform specifically calls for addressing the U.S.'s incredibly high maternal mortality rate and the racial inequality it highlights.

President Trump came to office after the ACA had been implemented. During his first term, he eliminated the mandate that required individuals to obtain health insurance. As a consequence, some Republican politicians are questioning the constitutionality of the ACA, though there’s no legislation to replace it as of April 2020.

During the 2016 elections, President Trump made several claims about the Trump healthcare plan:

In 2017, the House of Representatives attempted to make good on the Trump healthcare promises with the American Health Care Act. However, proponents couldn’t garner enough votes for it to pass. The legislation itself would have done the following:

Trump Medicare solutions are focused on privatization. In fact, in 2019, the administration went so far as to publish a document arguing that failures in the Medicare system are the fault of the government, not the private sector. The answer, therefore, is to address these government failures with the following steps.

Like many Republican politicians, President Trump believes repealing the ACA would be beneficial, even though doing so would actually cut funding to Medicare. As of April 2020, there have been no new moves to repeal the ACA after previous failures.

As it stands, the federal government is legally barred from negotiating drug prices for Medicare, even though it does so for the Veterans Administration and Medicaid. President Trump has voiced support for changing this, but as of 2018, there hasn’t been any movement on the issue.

A major complaint about the healthcare industry is the lack of transparency in pricing. This decreases consumers’ ability to choose the best option. Trump’s administration has announced a focus on increasing transparency for pharmaceutical and hospital pricing.

Changes Trump Has Made to Medicare

As of 2018, the Trump administration has made several changes to Medicare. Many are theoretically beneficial to those enrolled in the program.

Trump Medicare 2020 helps people who require ongoing therapy for a chronic condition; they no longer have to worry about paying out-of-pocket because they exceeded their plan’s coverage limit. Previously, there was a cap on how much outpatient therapy would be covered by Medicare.

There was previously a coverage gap in Part D of Medicare. For years, this resulted in people paying a great deal of money for more expensive prescriptions. However, the ACA implemented changes to gradually address this issue, with a goal of reducing prescription costs borne by patients to 25% of the drug price by 2020. In 2018, the Trump administration adjusted the timeline to 2019. 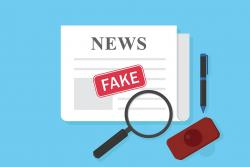